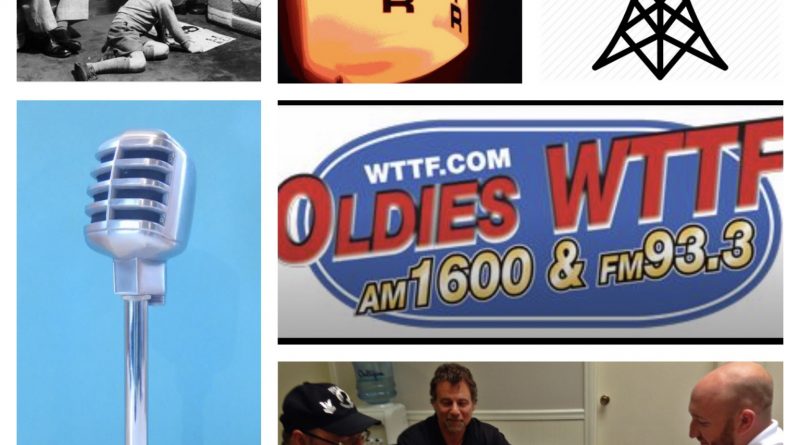 TIFFIN – Having been in Downtown Tiffin for most of its existence, WTTF has finished its move back to the heart of Tiffin in the Laird Arcade, just a few storefronts away from its former location in the 2000s. WTTF began broadcasting from its new office, 80 E. Market St., in the late summer, after having been at Heidelberg University for about nine years.

Owned by BAS Broadcasting, the station invested $40,000 into the space and equipment. WTTF employs four people full time, with other on-air correspondents and part-time staff.

“We’re excited and pleased to be in Downtown Tiffin,” said Tony Paradiso, co-owner of BAS Broadcasting. “It’s the heart of Tiffin, and I don’t see WTTF ever leaving again.”

Paradiso said Tyler Shuff of Shuff Consulting was instrumental in getting WTTF into the Laird.

“This has been in the works for two years,” Shuff said. “It was important to have the radio station back here in the Laird. I wanted them to be part of the Downtown Tiffin family.”

As a tenant of the Laird Building, WTTF is to feature two businesses from the building each month.

Having been founded in December 1959, WTTF is celebrating its 60th anniversary throughout the month of December. An open house is planned 1 to 5 p.m. Friday, Dec. 6, with a ribbon-cutting ceremony. Immediately following the open house, WTTF will be broadcasting live from the Christmas tree lighting ceremony at Courthouse Square.

WTTF was founded under Robert G. Wright and Milton Maltz’s Malrite Communications. Ownership had been with the Wright family until 1997, when it was acquired by Clear Channel Communications and later by BAS Broadcasting in 2008. As well as members of the Wright family, WTTF has a history of long-serving personnel, including news personalities Jack Kagy, 22 years, and Frank Barber, 14 years, and account executive Conrad Hufford, who first joined the station in the late 1960s. John Buccigross, of ESPN, and standup comic Brian Regan each worked as color announcers for Heidelberg college football while they were students at Heidelberg. Jon Kerns is the station’s current Operations Manager.

“I’m happy to see WTTF has returned to Downtown Tiffin and hope they continue to be a fixture in our community for the next 60 years,” said Tiffin Mayor Aaron Montz.

For information or sales, call the station at 419-447-9883 or visit wttf.com to listen live, read stories or listen to on-demand programing. 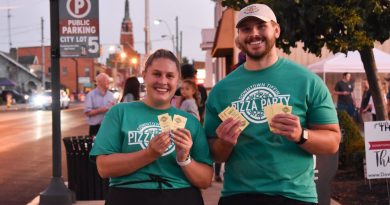