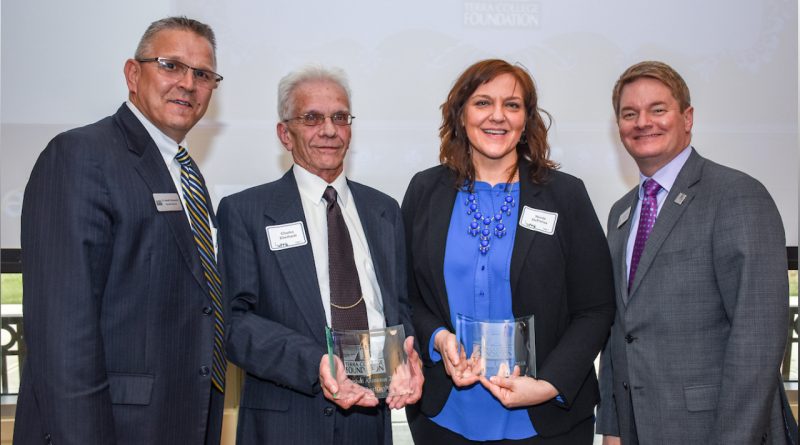 Around The Counties Sandusky County
May 3, 2018 mark 1622 ViewsFremont

FREMONT – The Terra College Foundation honored nearly 200 scholarship recipients and over 100 donors at the annual Partners in Education banquet held April 17 at the Ronald L. Neeley Center on the campus of Terra State Community College in Fremont. Nicole DeFreitas, of Port Clinton, and Charles Eberhardt, of Sandusky, were honored with the Distinguished Alumni Award.

DeFreitas grew up in Port Clinton and lives there today. She graduated from Port Clinton High School and immediately enrolled as a student at Eastern Michigan University. However, she found out she wasn’t ready for college so soon after high school and dropped out. After that, she knew she needed to go to a community college, and Terra State, which was called Terra Technical College at the time, was the natural choice for her.

When DeFreitas was a child, she attended her parents’ photography classes at Terra State. This made the college feel like a familiar and enjoyable atmosphere for her. This, as well as the fact that Terra State accepted her as a non-traditional student, were the reasons she chose to enroll.

In 2006, DeFreitas graduated with an associate of individualized study with a concentration in business management and behavioral science.

“It took me 10 years to graduate from here because of some life struggles, but this was always my safe place to come back to,” she said.

She remembers commencement vividly: swollen feet from being eight months pregnant, graduating with her husband who was homeless at the time and was going through a tough time in general.

“Terra was his saving place too,” she said.

DeFreitas was the first person in her family to graduate high school. This, she explained, made getting through college more difficult than she anticipated. She had to figure out what classes she needed, how to submit assignments on a deadline, how to pay for college and everything else on her own. Many instructors helped her along the way. She specifically thanked Mary Jo Jay, her advisor, who she still communicates with today. “She was my advisor the entire 10 years I attended and she changed my life. She always welcomed me back and
helped me figure things out,” she said.

She is thankful for the financial help she could get from Terra State.

“Luckily, at Terra, there are a lot of great scholarship opportunities and financial aid to help figure out how to pay for college, which is usually the biggest obstacle.”

She is also grateful for the chance to have worked at Delphi Automotive Systems in Sandusky, which helped pay for some of her tuition.

After she graduated from Terra State, she was able to transfer her credits to Bowling Green State University where she earned a bachelor of science and two masters degrees.

“Out of all the degrees I have, the one from Terra is the one I’m most proud of,” she said.

With her degrees, DeFreitas was able to hold a variety of jobs including teaching public relations classes at Terra State. One of her first classrooms was in the same place where the dark room was when she came here with her parents as a child.

“It all kind of came around full circle,” she said. This memory of being with her family for their photography class was part of the reason she and her family decided to start The Kenny Jensen Memorial Scholarship at Terra State in honor of her stepfather. This scholarship is for students in Ottawa County who are going into skilled trades or digital media.

Currently, DeFreitas is the sales and marketing director at Jet Express. She has three children and is involved in a heap of community service activities. She has served as a Put-in-Bay Chamber of Commerce board member, the president of the Ottawa County Visitors Bureau, and a part of the Lake Erie Shores & Islands marketing committee to name a few.

DeFreitas left us with one piece of advice: “Community college students often have life obstacles and things that get in their way. Just keep plugging away. If it seems like it’s never going to happen, that time will pass, so chip at a class here and there and eventually you’ll reach the end.”

In 1971, Charles Eberhardt became a member of the second graduating class from Terra State Community College, then known as Vanguard Technical Institute, by earning an associate of applied science in mechanical engineering.

“I lived in Fremont and the college was local,” recalls the Fremont Ross graduate. “I was always driven to be in a science field. Growing up in Kansas, my father worked in the oil fields at one time. This led me at one time to be a geologist. Then, I discovered that I was pretty good at drawing and decided I wanted to be an architect. So, there was Terra State with mechanical engineering. I decided to get a two-year degree and see where that takes me.”

When Eberhardt began his studies, there were only night classes offered at Vanguard Vocational School. “I went to class full time at night and worked at Foodtown during the day,” said Eberhardt. “I didn’t have the money to pay tuition up front. Lyle Smith worked up an agreement where every week I would pay an installment on my tuition. It was actions like that which got me started in higher education.”

While attending classes at Vanguard, Eberhardt did not have one favorite class in particular. He liked them all.

“It’s all a learning experience. Some people hate classes, but as long as you are learning, that’s a beautiful thing. Sometimes learning was not meant to be easy,” he said.

After graduating with his degree, Eberhardt worked for about a year for the Fremont City Engineer’s office. He then joined the Marine Corps Reserve. After his active duty, Eberhardt returned home.

“Because of my degree from Terra State, I got a job at Ohio Road Paving. They are an asphalt company,” he said.

Eberhardt worked for Ohio Road Paving for about seven years when he approached the president and asked if he quit and went back to school would the company would hire him back in the summer. With no guarantee from the president, Eberhardt left Ohio Road Paving and enrolled at the University of Toledo to study civil engineering. He took classes for four years before he graduated.

“At that time, most of my classes from Terra State transferred. I went for four years, even though those credits transferred. I took additional courses while there,” Eberhardt says. And, yes, Ohio Road Paving hired him back for each summer.

Eberhardt worked for Ohio Road Paving for a year after he finished at the University of Toledo. He left after the president retired. He spent the next 32 years at the Ohio Department of Transportation and worked in various areas there, including construction, maintenance, production and planning. In 2012, Eberhardt retired from ODOT.

In his retirement, Eberhardt has spent much time serving on different boards, including the Terra College Foundation Board of Trustees.

“I am a believer in education. I believe in Terra State as a two-year college. We don’t necessarily need Ph.D.s. We need hands-on type people,” Eberhardt says. “We need people for the things we are going to build in the future.”

Even though Eberhardt is enjoying retirement, he may not be completely done with his education. He is considering taking more classes at Terra State.

“I’m looking at website development. This would allow me to assist other groups that I belong to,” he says. “Maybe I can help offer a service where they do not have to go out and hire a web designer.”

Whatever else Eberhardt chooses to do in retirement, it most certainly will involve the opportunity for him 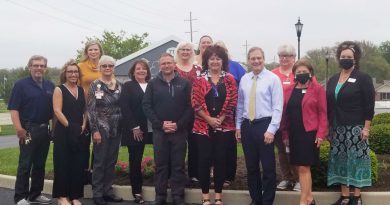 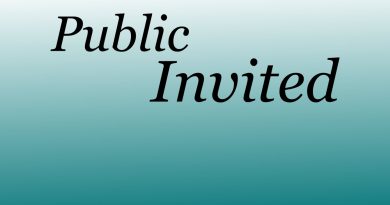 Fremont to become sister city with Villa Hayes in Paraguay during ceremony Nov. 12 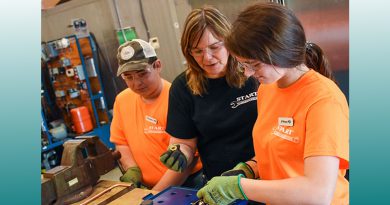