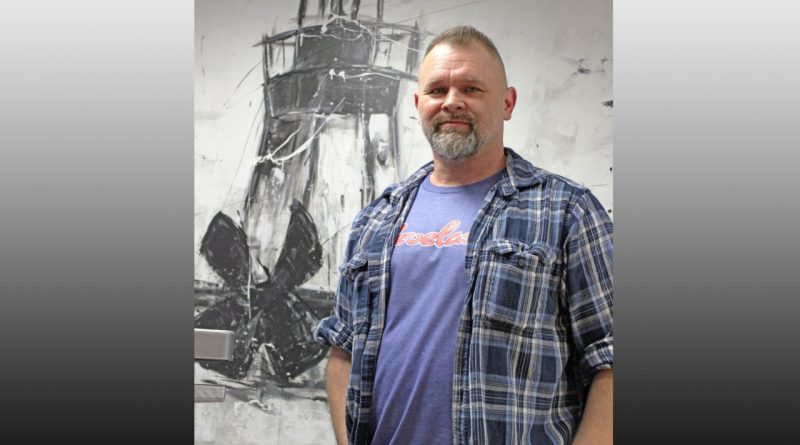 VERMILION – Brian Szabo has taken his passion for art and made it his profession by opening Szabo Apparel downtown. The artist – with no formal training – has transformed the space at 5571 Liberty Ave. with murals he humbly says: “just kind of happened” and filled it with T shirts and gear supporting local sports teams, Ohio pride, lake love and the military.

“I’m just excited to do something I love for a living,” he said.

Szabo, a 1992 Vermilion grad, went into the Marines after school and returned with the goal of going to Columbus College of Art and Design. As it does though, life happens, and for the past 20 years artwork became something he did on the side as he worked at the city sewer plant.

It was another hobby – coaching football – that brought Szabo’s creative side back into focus.

He began designing T-shirts for fundraisers and was quickly recruited to design promotional products for another shop. When a few surgeries kept him from his day job, his side business took off.

“I started to focus on artwork and it just kind of grew,” he said.

After gaining approval from his wife, Szabo left the sewer plant to open Szabo Apparel full time in April. At his right hand is Aimee Colahan, who brings industry experience to the shop and shares ties to the schools – her husband is a teacher and she has four kids in the district.

“Without her, none of this would be here,” said Szabo.

He also offers up credit for his early success to his former art teacher, Doug Kishman.

“He really motivated me to get better. He always went out of his way to help kids with whatever they were into,” he said. Szabo’s art talents are apparent not only in his digital designs but on the walls of the shop. When he couldn’t decide on a color for the walls, he started painting a texture … then a lighthouse and wall-sized anchor. Three walls in the shop feature his impromptu black and white artwork.

“After so many hours of doing digital work it kind of refreshed me to paint,” he said. In addition to the storefront, Szabo hopes to expand online offerings. He currently has two sites – szaboapparel.com and szaboapparelvermilion.com – but hopes to expand offerings to other districts. In addition, he wants to offer classes where people of all ages can come in and design shirts. In fact, Szabo has the capability to make one shirt at a time so he is happy to take single orders and collaborate on designs.

So far, Szabo says the response has been nothing but positive from his friends and neighbors. “The town has been really supportive,” he said. 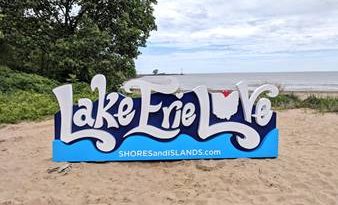 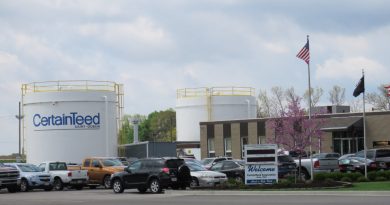