COLUMBUS – Perkins Township is among 37 Ohio fire departments to share $369,678 in grants from the Ohio Bureau of Workers’ Compensation under a program to protect firefighters from carcinogens and other harmful elements encountered during a fire fight.

The fire departments are receiving the funding under BWC’s Firefighter Exposure to Environmental Elements Grant Program, which helps departments purchase safety gear, exhaust systems and specialized washing machines. Because residue collected on firefighters’ gear during a blaze can cause respiratory disease, cancer and other ailments, it is important not only to wear appropriate protective gear, but also to ensure its cleaned properly.

“The fire community’s tremendous response to this program shows they understand the importance of equipping every firefighter with the appropriate protective gear,” said BWC Administrator/CEO Sarah Morrison. “BWC is pleased to be part of the effort to increase awareness while funding equipment that can limit serious health consequences down the road.”

Originally funded at $2 million a year, Morrison last month announced an increase in funding for the program due to heavy demand.

The grant program, announced as a component of BWC’s Third Billion Back rebate plan, provides a 5-to- 1 match up to $15,000 for public and private employers with annual payroll of at least $500,000. No match is required for employers with less than $500,000 in payroll. More about the program is available at bwc. ohio.gov. 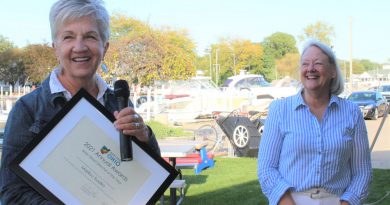 Main Street Vermilion’s Marilou Suszko is director of the year 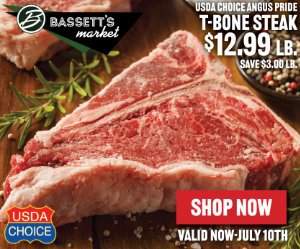