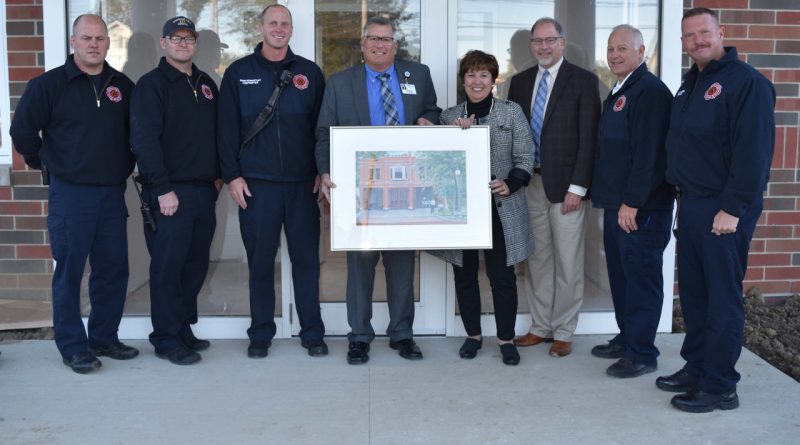 NORWALK –  Fisher-Titus Medical Center leaders Lorna Strayer and Matt Gross recently presented a commemorative piece of artwork to the Norwalk Fire Department to be hung in the new fire station.

“This is a special gift in honor of the years of wonderful support the department has provided to our organization during our own building improvement efforts, beginning with the patient pavilion in 2004,” said Strayer, who led many of those projects.

Based on an original photograph, the pastel painting of the fire station is the work of local artist Nancy Beckett.

“We have several of her works displayed in the Medical Center,” said Strayer.  “Visitors entering at the main patient pavilion entrance will see some hanging in the lobby.”

According to local historian Henry Timman, the original photo was taken somewhere between 1912 and 1918. He added that the first fire engine, visible in the garage on the right, was acquired in late 1912, the same year the firehouse was built as indicated in the front façade. The two garages to the left held the horse drawn fire wagons.

“Nancy dedicated the picture to her Great Grandpa Nick Dann, who is seated in the front bottom left of the picture,” said Strayer.  “He was a fireman during this time period and his primary job was caring for the horses that pulled the fire wagons. The department used horse drawn wagons until 1917-1918.  Her great grandfather’s home was nearby.” 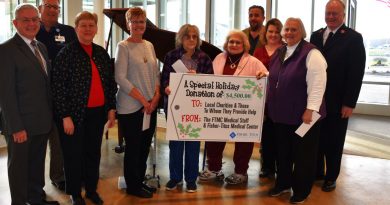 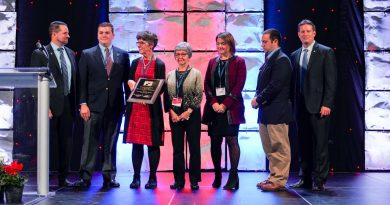 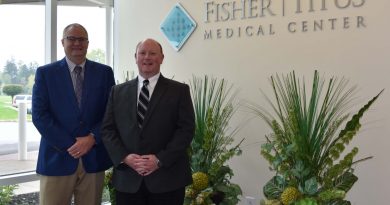