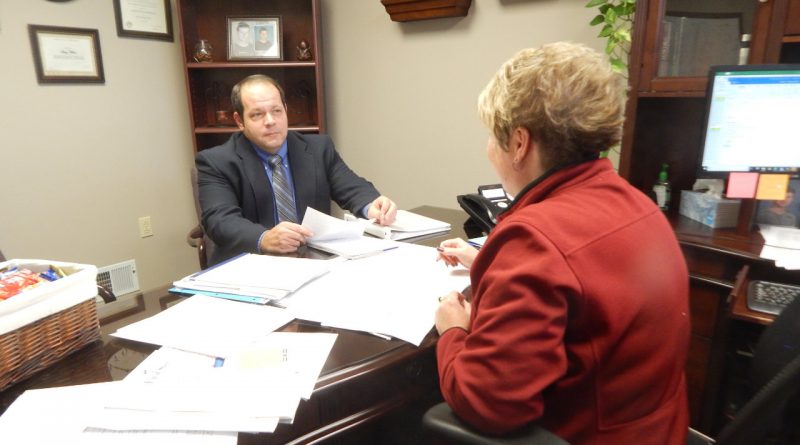 Seneca County
When Damon Alt became Seneca County Treasurer in 2009, his goal was to upgrade technology and modernize the way the office did business to be more efficient.
Fast forward to 2018, as Alt prepares for the next challenge of his professional career: he feels he accomplished his goal.
Seneca County Commissioner Shayne Thomas agreed.
“Damon took us out of the Stone Age at the treasurer’s office,” he said.
Alt, a Seneca County native who lives near New Riegel, said using technology has vastly improved efficiency within the treasurer’s office.
“Instead of scanning everything by hand, all the real estate stubs, we went out and looked at other counties and found a cashiering system,” he said.
Alt said the system, which is similar to what banks use, scans images of all documents and enters information into a software system. It can then track information in real time as it happens. Several of the day-to-day processes of the office that used to be done by hand are now automated.
“In the past, they have had to add up totals on adding machine tapes,” he said. “Now the system breaks it down.”
Alt said he is also proud of the strides the office has made with its website, where during his nine-year stint, it became possible for residents to pay their tax bills online for the first time in county history.
“The website allows taxpayers to obtain a tax bill online 24/7,” he said. “Taxpayers can pay all their real estate taxes by credit card or by electronic check. They can do that over the counter, by telephone or online.”
Alt said the online option is being utilized more each year, since its inception about four years ago. When they started the program, they received about $200,000 in payments. This year, the office has received nearly $1 million in online payments.
Although Alt’s focus was on modernizing the office, he also was cognizant of the need to be cost-effective and secure.
“In this day and age, we are very conscious of fraud,” he said, adding that the office works with banks so there are several redundant security measures to reduce or eliminate fraud.
The office also brought in a counterfeit currency detector.
Alt said the office has cut down on having to do refunds by 50-75 percent because of updates to software and because of close work with mortgage companies.
“We have a duty to safeguard the county’s finances, which we don’t take lightly,” he said.
Alt said he’s pleased with the strides the office has made, but it didn’t come without challenges.
“The largest challenge was in taking office,” he said. “Taking a full assessment of where we’re at and where we needed to be. How do we move forward? How do we accomplish what we want to?”
Alt said investments in technology paid off, but technology is changing rapidly.
“In the future, for the office, it’s going to be important to continue handling technology and keeping up with the changes,” he said.
Alt, a certified public accountant and a lawyer, feels his experience and qualifications made him a good fit for the job as treasurer.
Alt announced in November he would be leaving the treasurer’s position to become magistrate for Seneca County Common Pleas Court Judge Michael Kelbley.
County Administrator Stacy Wilson said she will be sad to see Alt leave the position.
“It’s been a pleasure working with Damon for these last nine years,” she said.
Alt said some of the same qualities that made him a successful treasurer, could also help him in his transition to the new position.
“Being an attorney has helped because in our role as county officials, there is no employee manual, you are looking to the Ohio Revised Code as to what you may or may not be able to do,” he said. “
Alt said his experience working directly with the public will help him.
“I’ve worked with the public in trying to address concerns,” he said. “You always need to remember to look to the law as a magistrate.”
Alt said another judge offered him some advice.
“You have to use common sense and have the right judicial temperament,” he said was the advice he received. “I’ve always been patient with the taxpayers and used leniency to work with them.
As Alt looks to the future, he’s ready for a new challenge. As a lawyer, he’s used to advocating for defendants in front of the bench, not sitting behind it.
“I’m looking forward to the challenge,” he said.
In Ohio, magistrates are appointed by judges and their responsibilities can include handling domestic relations cases, bond hearings and arraignments.
“I would like to thank Judge Kelbley for this opportunity and I am very excited and looking forward to starting as a magistrate and continuing to serve the residents of Seneca County in a new and different capacity,” he said. Alt begins his new position in January.
Alt thanked several people for helping him in his time as treasurer.
“It has been a great honor and rewarding experience serving the residents of Seneca County as treasurer and I would like to thank the Seneca County Commissioners and other departments for their overwhelming support while serving as treasurer,” he said. “I would also like to extend my thanks and praise to the fine staff of the Seneca County Treasurer’s Office, it has been a great pleasure working with them as treasurer.”
The Seneca County Republican Central Committee is to appoint Alt’s replacement for the county’s treasurer. Alt said the new treasurer would serve the remainder of his term, through the first Sunday of September 2021. 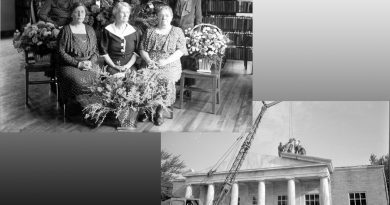 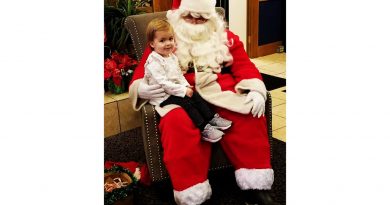