The Lake Erie Foundation filed an Amicus Brief to support the Black Swamp Bird Observatory lawsuit in Federal District Court. BSBO’s intent is to have the court reexamine the siting process approval for wind turbines in Lake Erie.

Icebreaker Windpower Inc. is planning construction of six 480-foot tall wind turbines in Lake Erie, just 8 miles northwest of Cleveland. This is an area greater than entire Put-in-Bay Township waters and islands. The pilot project is to demonstrate feasibility for building an additional 1,400 to 1,600 wind turbines across Lake Erie, and eventually throughout the remaining Great Lakes.

LEEDCO, a non-profit, presented this project to the public as a demonstration project of six to eight wind turbines. LEEDCO executives were quoted by multiple news sources stating that their plan is to generate 5,000 megawatts of electricity from wind turbines on Lake Erie by the year 2030. This would require building 1,400 to 1,600 wind turbines.

Environmental experts such as the U.S. Fish and Wildlife Service and Nature Conservancy do not recommend building wind turbines in or within, 3 miles of any of our Great Lakes due to the risks that they pose to millions of migrating birds. The Nature Conservancy warns against wind turbines being built in Great Lakes Open Waters to avoid disturbing sediment from turbine construction that can be lethal to fish eggs and larvae.

The Black Swamp Bird Observatory, which hosts a 10-day birding festival The Biggest Week each Spring, draws nearly 90,000 visitors and generates an estimated $40 million in tourism revenue to the Lake Erie region annually. BSBO opposes the Icebreaker Project, which intends to place wind turbines in the Central Basin of Lake Erie, a designated Globally Important Bird Area, placing millions of migrating birds in harm’s way as they migrate across the Lake.

Our island’s economy is certain to be affected. Total annual tourism-related spending for the eight Lake Erie-bordering counties in Ohio, is about $15 billion, which supports 127,000 jobs and generates $1.9 billion in total taxes. The Lake Erie Foundation supports efforts to improve the environment and decrease global warming, but we see the negative environmental and economic effects on Lake Erie, along with economic losses to tourism, jobs, waterfront home values and taxes, appear to outweigh the several hundred jobs that this project claims it will create.

Peter Houston is a member of the Lake Erie Foundation Advisory Board and director of the Put-in-Bay Chamber. Established in 2016, Lake Erie Foundation is Lake Erie’s advocate for economic sustainability, legal defense, education, outreach and innovative sustainable technology. Become a member, make a donation or get involved at lakeeriefoundation.org. 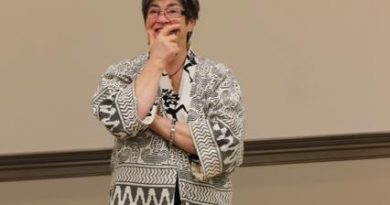