There has been a flurry of economic development activity in Tiffin and Seneca County over the past year. Many announcements have been made and projects are underway in all sectors. It is no wonder that Seneca County has again placed in the top 10 nationally in Site Selection Magazine’s rankings for large, private economic development projects – placing tenth out of the 575 micropolitans in the U.S. for the honor for the second year in a row. This is the sixth year in a row that the Tiffin-Seneca micropolitan area has ranked in the top 100 nationally and the fifth year for ranking in the top 10 percent.

Partnership between the county, city and other community entities has contributed to the continued success of projects and initiatives throughout the county. To underline this unity, a community branding initiative was rolled out this year and adopted by four stakeholder groups, Seneca County, the City of Tiffin, the Seneca Regional Chamber of Commerce and Visitor Services, and the Tiffin-Seneca Economic Partnership, as well as some of their departments and community partners.

The Tiffin Mall property has been very active since its purchase in 2016. This year, several projects were announced for the building itself as well as new construction on its out-lots. Kiku Fusion, a Japanese sushi and steakhouse opened inside the mall in November. Magic Tunnel full-service, automated carwash is nearly completed in front of the mall building. Panda Express announced intentions to build in another out-lot and is expected to break ground this year. Planet Fitness signed a lease for an interior space, which is currently being renovated. Nearby, Harbor Freight Tools moved into a space in the Westgate Shopping Center.

Outside of the West Market Street commercial corridor, Ashland-based Spire Advertising opened a branch office in Tiffin and MK Counseling and Consulting moved into a newly renovated building just outside of downtown Tiffin. Yoga Chuck Health and Wellness Studio opened a storefront in a three-unit building, which also underwent renovations.

Two Tiffin projects were awarded Historic Preservation Tax Credits this spring. Monument LLC received a nearly $250,000 credit for the renovation and restoration of 24 and 25 Adams St. and 149 Frost Pkwy, a nearly $1.6 million project. After rehabilitation, the buildings will serve as apartments and bed-and-breakfast suites. One building may house a small retail space. The project will move forward contingent upon continued due diligence. France Hall, a 1926 dormitory located on the campus of Heidelberg University, also received credits in the latest funding round. The three-story building will be rehabilitated to continue use as a dormitory, and the attic space will be finished to provide additional space for meeting rooms. Historic features of the Modern English Gothic-style building will be retained, and ADA accommodations, contemporary mechanical and safety systems, and bathroom updates will be added. The $14.6 million project was awarded nearly $1.5 million in Ohio Historic Preservation Tax Credits.

Downtown Tiffin, a Heritage Ohio and National Main Street community, has seen many businesses open, the completion of several beautification projects, and the continued success of the Façade Enhancement and other programs in 2018.

Developments in business include the opening of The Chandelier, a new event space, Airbrush Beauty, a second-floor tenant providing makeup and other beauty services, Reclaim It, an upcycled furniture and second-hand home goods store with the mission of helping local at-risk youth, and the Laird Arcade Brewery (The LAB), Tiffin’s first brewery since prohibition.

Businesses have also been able to grow and relocate within the downtown. Washington Street Outfitters, a lifestyle retailer owned by two young entrepreneurs who won a business start-up contest in 2016, were able to expand into a larger storefront location. Existing business Seneca Cleaners purchased a downtown building in severe disrepair with the goal of reopening the business in downtown Tiffin and restoring the historic building.

In August, the Hernando Group proposed to the Tiffin City Council the purchase of two downtown parking lot for a two-part, large-scale development project along the riverfront. Pending due diligence, the project will include one building with a full-service, 50-room hotel, 45 condominium residences, conference and event space, and restaurant. A second building will house 85 loft-style apartments. The project is still in an exploratory phase.

Part of planning for future growth downtown, a parking study was recently completed. The study provides an objective report of the current state and amount of downtown parking as well as recommendations for the future.

The city completed its first alley enhancement project in downtown Tiffin this fall. The project converted an alley that connects public parking to a main downtown thoroughfare to pedestrian traffic only, with a stamped concrete design, overhead string lighting, additional pole lighting, benches and planters. The alley was dedicated Cherry Alley in keeping with historic alley names, and the Downtown Design Committee responsible for the transformation is working to identify other alleys in the downtown that would be ripe for such development.

It has been another successful year for the Downtown Tiffin Façade Enhancement Program. In 2018, the City of Tiffin set aside $100,000 for the program. Those funds were exhausted by the end of August, resulting in 13 project approvals for a total reinvestment in downtown buildings of $584,000. This year, the Community Development Block Grant funded Façade Enhancement Program was also completed. In 2016, the City of Tiffin applied for and received federal funding in the form of a competitive downtown revitalization CDBG allocation, allowing for the creation of another Facade Enhancement Program. From 2016-2018, building owners in a greater-downtown area were able to take advantage of the program, which provided a 50% reimbursement up to $15,000. The program ended in August 2018, with 10 projects and a total investment of nearly $300,000. The city also set aside funds for a Sign Enhancement Program in 2018. To date, two businesses have taken advantage of the program, which provides a 50 percent reimbursement funds up to $1,000 for perpendicular signage.

The downtown Main Street program committees researched and submitted to city council an application to establish a Designated Outdoor Refreshment Area within downtown Tiffin. The application has gone to Tiffin City Council for approval and, if passed, could allow patrons of downtown liquor permit holders to exit the establishment with a DORA approved beverage early next year. The goal of the initiative is to allow businesses that have not been able to provide outdoor seating in the past due to fencing requirements the ability to serve alcohol outside, and to permit patrons to carry a beverage to other public spaces, such as the Frost-Kalnow East Green Amphitheater.

There have also been many developments in education in the area.

The third annual Seneca County Manufacturing Showcase was held at Tiffin University in October. More than 700 students from 10 local schools learned about and completed activities related to skills used in manufacturing.

In higher education, Heidelberg University, Tiffin University and Terra State Community College have formed the Ohio Partnership for Water, Industrial and Cyber Security, receiving a $1 million in funding from the state capital budget this March. OPWICS was designed to be a center for research and training to meet the demands of the area’s workforce and protect resources.

Heidelberg University has partnered with Terra State University on a new nursing degree, partnered with Google to offer an applied computer class series, ranked among the top colleges with US News & World Report (No. 58 in Regional Universities Midwest and No. 30 in Best Value Schools), received a $1.3 million grant for its graduate counseling program, completed a track and turf project at its football stadium, renovated Pfleiderer Hall, announced a renovation to Herbster Chapel, and began the renovation of Hoernemann Refectory (set for completion in December).

Tiffin University welcomed its largest class ever this fall, became the first in Ohio to offer women’s wresting and expanded their wrestling complex, announced a new solar array project, and opened the largest Esports arena in the country.

Development in Seneca County has been robust on all fronts over the past year, and we expect that trend to continue into 2019. 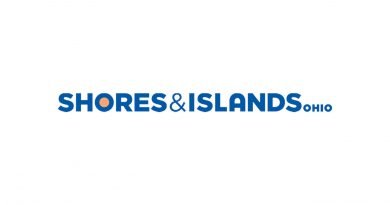 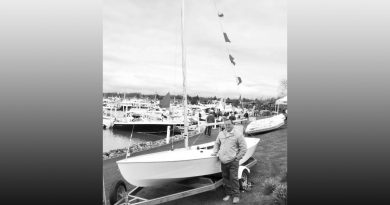