Wireless networking, most commonly used to get Internet on your mobile device, has become quite ubiquitous in today’s society. Most people have home Internet service, and if you have Internet service at home, there is a very high chance that you have some level of wireless access or Wi-Fi. Having a wireless “hotspot” at a restaurant or doctor’s office used be a novelty and a pleasant surprise, but anymore it has become virtually expected; after all, nobody wants to burn up their mobile data too fast. Both home and business Wi-Fi come with three primary concerns, range, speed and reliability.

Wireless access is provided by a wireless access point, and many home routers have access points built into them, so people tend to use the two terms interchangeably when it comes to Wi-Fi. Wi-Fi is broadcast in two frequencies, 2.4 and 5.7GHz (referred to as 2G and 5G respectively), and an access point that broadcasts in both is said to be dual-band. Initially, everything was 2G, but 5G has become increasingly prevalent and is the reason it’s common to see -5G listed after a wireless network name. 5G is roughly 2-3 times faster than 2G, which is why an iPhone 5 or Samsung Galaxy S3 or later phone supports 5G. If you are looking for the most speed from your wireless connection, then 5G is the way to go. That being said, 2G is not without its advantages. Since 2G was the first frequency to be commonly used, it is the most compatible with older devices. Also, the primary advantage of 2G is that it has a larger range and reach, because it is more capable of traveling through objects, such as walls or furniture, than 5G is. The wireless range of 2G is usually good enough that a single access point or wireless router can provide coverage for a typical single-family home or small office, but what about when it’s not sufficient? One option might be to upgrade to a more powerful wireless router. If your hardware is not the latest 802.11ac dual band rated, upgrading from wireless G or N (previous wireless standards) to wireless AC dual band could give you a decent boost in both speed and range and is probably worth upgrading to. There are some very fancy $200+ wireless routers out there that have four or more antennae on them, and at first glance it would be fair to think one of these would certainly increase your wireless range, but that is typically not the case. These extra antennae are good for increased bandwidth or data transfer rates, but only if the receiving devices also have the extra antennae, and most wireless devices only have one or two antennae, so the extra ones go utilized. A second option is to purchase a wireless extender, but this is typically not recommended in the author’s opinion. Without getting into the technical reasoning, it is important to note that wireless extenders immediately cut your wireless bandwidth/speed in half, so you are sacrificing speed for marginal range extension and severely decreased reliability. Wireless extenders are good for that far back room or that single device that is just out of range, but is not recommended for high traffic areas or devices that require a lot of bandwidth, like devices that stream movies.

If one access point or wireless router is not providing sufficient wireless coverage for your home or office, there are typically no inexpensive solutions that will provide you with all three functions – range, speed, and reliability. The best solution to expand your wireless coverage area is to run a network cable (Cat5e or Cat6) from your router to a central location in the uncovered area(s) and install an additional access point(s). It is a more expensive solution and will likely require some outside technical assistance, but it will almost certainly leave you the most satisfied and will also help to “future-proof” your house or office as more and more devices start to require a wireless Internet connection. If you own or run a business with wireless coverage issues, running a network cable and installing additional access points should really be the only option you consider. In an office setting, hardwiring devices over connecting them wirelessly is always recommended to provide the most reliable and fastest connection and will decrease the need to call your computer person to troubleshoot issues.

Now that you are versed in 2G vs 5G, and your wireless network coverage is where it needs to be, let’s briefly touch upon Guest Wi-Fi options. Having a dedicated guest Wi-Fi network in your house is optional, but is highly recommended for the office. A guest network allows you to give clients free Internet access while they wait, it allows employees to stream music or check email without burning through their data, and, if configured properly, keeps guests from unintentionally accessing your office network. A proper guest network should at the very least be configured with a feature called AP Isolation, which allows wireless devices to access the Internet but not any other devices on your network. This safeguards from rogue devices accessing your network data or infecting your network with viruses or malware. 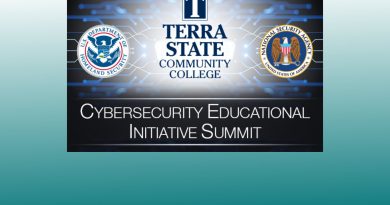