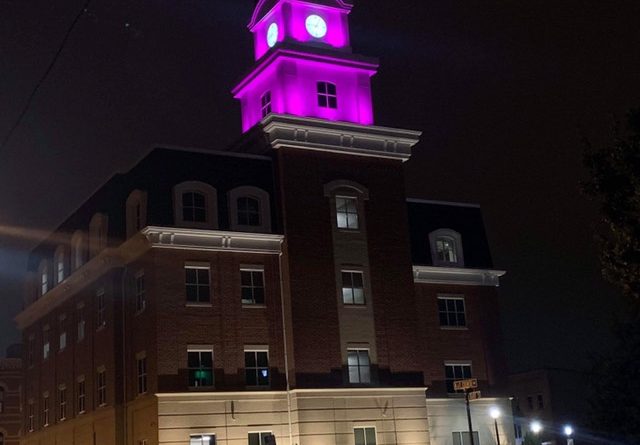 After months of hard work and planning by several community-minded people, Seneca County is moving forward with a downtown Tiffin holiday decoration display.

The project, which is to be on the property of the Seneca County Justice Center, is to include garland, lighting and a tree-topper on an existing tree on the property, a walk-through ornament and three garlands that will be displayed across the justice center building.

Project planners believe the walk-through ornament could become a popular place for residents to take photos to post to social media. Not only will people come downtown to see the decorations, but they then can enjoy the downtown businesses as well.

The display would not have been possible without the generosity and commitment exhibited by many private businesses and individuals who contributed to the nearly $20,000 project.

Commissioner Mike Kerschner thanked all the donors who came forward to fund the project.

“We could not have done this without the kindness and generosity demonstrated by the folks who stepped forward and donated,” he said.

The commissioners believe the project will continue a movement that promotes civic pride throughout the community. Commissioner Shayne Thomas said the location of the display in the heart of the county seat’s civic square is important.

He said the movement to increase pride in the community was given a boost after the construction of the Seneca County Justice Center. One specific example of this is the addition of a state-of-the-art LED lighting system that illuminates the cupola of the justice center.

Many causes and organizations have been honored through the symbolic lighting of the cupola. Some of the causes that have been recognized include Suicide Prevention Month, Breast Cancer Awareness Month, Bullying Prevention and several area schools have also seen their colors illuminated on the tower.

T-SEP staff helped by disseminating information about the project and by identifying potential donors.

Reinhart said T-SEP officials were happy to be involved in facilitating the display.

“The new Seneca County Justice Center is a great addition to our downtown and lighting the area will enhance our downtown for the holidays,” she said.

The commissioners each were pleased that the project was mostly covered by private funding. The only public money used was the contribution from the county judges. This money was pulled from the judges’ Special Projects Fund, which comes from court fees and fines.

The outside funding for the project is another example of a great private-public partnership that has led to improving the community and making it a place all residents can be proud of.

Dan Reineke, of Reineke Family Dealerships, said he was happy the company could contribute.

“Reineke Family Dealerships is proud to support this community project and we look forward to the holiday season,” he said.

The community will have the opportunity to enjoy the display throughout the holiday season, but a kick-off tree-lighting ceremony is also scheduled for 5:15 p.m. Dec. 6. The event is to include the initial lighting of the tree, holiday songs from the Heidelberg Chamber Singers and marks by community speakers. 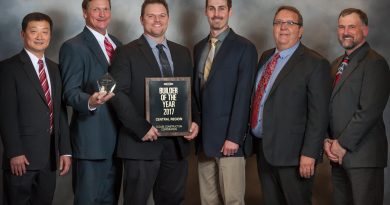