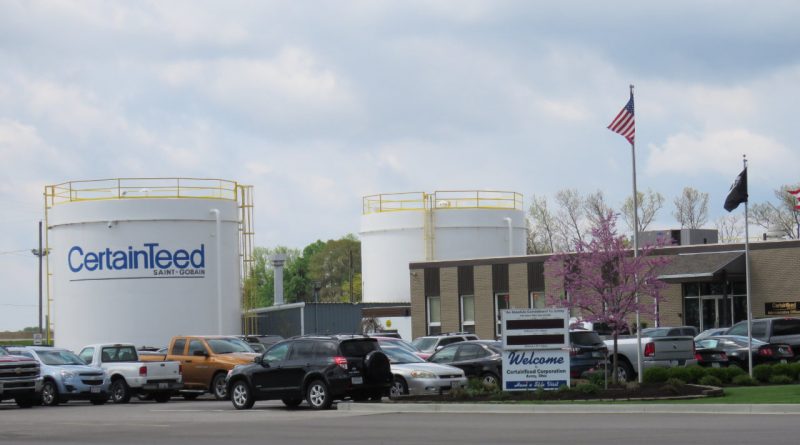 CertainTeed Corp. in Milan is celebrating its 50th anniversary this year. | PHOTO SUBMITTED BY CERTAINTEED CORP.

MILAN – In April, CertainTeed Corp., a subsidiary of Saint-Gobain with headquarters in Malvern, Penn., announced a $37 million investment into its Milan location. CertainTeed is a leading North American brand of exterior and interior building products, including roofing, siding, fence, decking, railing, trim, insulation, drywall and ceilings.

Celebrating its 50th anniversary in 2018, CertainTeed’s Milan location is one of 16 roofing plants in the U.S. and the third largest. The Milan location sits on 55 acres. With 6 acres under roof, the facility has on-site storage capacity for 850,000 shingle squares or 34,000 homes worth of material. CertainTeed’s total production in Milan is about 5 million shingle squares per year which is enough for about 180,000 homes. This local operation employs more than 200 individuals with 40 percent of employees reaching over 25 years of service.

Working with various partners including Erie County Economic Development Corp. and local officials, JobsOhio and Team NEO, CertainTeed successfully navigated the project planning process for significant expansion of their existing facility. The facility expansion, slated for completion by year-end 2020, will support materials processing, logistics and vertical integration of CertainTeed’s existing operations. The project will result in the addition of ten new jobs, allow for the retention of 196 current positions and significantly add to Erie County’s tax base.

What does this investment mean?

In addition to the job creation and retention, this investment has a broad impact in Milan and the entire region which accomplishes:

1. Recognizing this location as a competitive plant that has earned the investment.

4. Reducing trucking traffic to the site by 2,000+ trucks annually.

5. Satisfying a long-term strategic growth plan for the site.

CertainTeed’s leveraged the local economic development system to bring this competitive project to fruition in north-central Ohio. The economic development team provided support and coordination with various government agencies, utilities and rail companies to ensure smooth progression of the project including:  Milan Township, Erie County, Columbia Gas, TransCanada, the Public Utilities Commission of Ohio, Norfolk Southern, the Ohio Rail Development Commission and the Ohio Department of Transportation. Due to the success of this project, CertainTeed will be recognized with the “Project of the Year” award at Erie County Economic Development’s Annual Meeting. 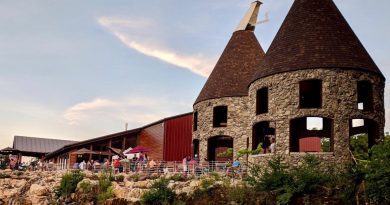 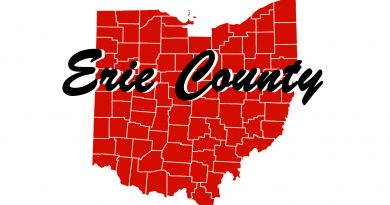