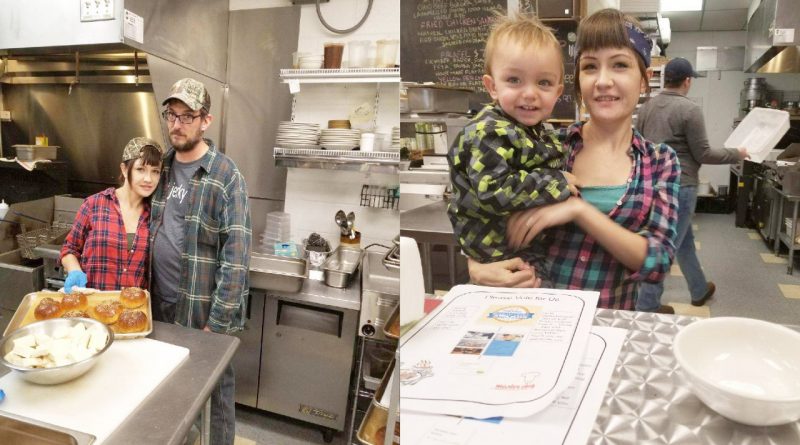 There’s no recipe for how to create a lasting legacy. But like any good chef, Clint Bates is developing his own. Right now, that looks like organized chaos supported by family and customers at Bates Farm Kitchen in Perkins Township.

Returning to his roots

Small business owner and chef, Bates is very clear about his values and what’s important to him. One is family. Another is cooking real, home-grown food from scratch.  About two years ago his worlds and passions would collide and bring him back to Sandusky. Bates’ mother had fallen ill bringing him to north central Ohio to take care of her. Timing was right that he was ready to lay some roots of his own – engaged to his fiancé Ashley and expecting their first son Waylon. A first step toward his goals was starting a small farm on his mother’s property while he looked for his best opportunity. 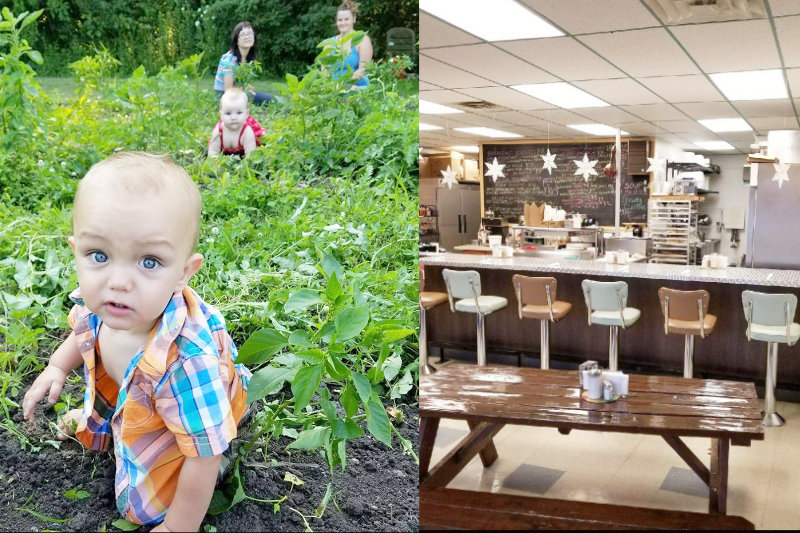 Responding to a local need

It soon became clear to Bates that there was a market and need in Erie County for a restaurant that would provide foods prepared with fresh, organic ingredients. Though he was already farming as a hobby and selling some produce, opening a restaurant that would use his own produce would allow him to utilize his years of restaurant experience in Cleveland and capitalize on the joy he finds in home cooking.

Since making the decision to open a restaurant and finding his space on the corner of Strub Road and Columbus Avenue, Bates quickly learned that there’s no guidebook to owning a small business. Just four months after signing a lease, the restaurant was open, and he was in the kitchen cooking. He fondly recalls that first day with no staff on board and his entire family was in the restaurant, filling all roles. Since owning the business, Bates has filled many roles himself – ripping up floors, pouring concrete, finding and installing industrial kitchen equipment, managing the finances, ordering supplies and of course cooking, serving and cleaning. In the beginning, he was grinding 80 pounds of sausage by hand. They still hand-wash every single dish at the restaurant, and Bates is so thankful for staff that are willing to serve, prep food and do dishes. With six part-time staff, every day is something new, but the owner enjoys the “chaos” of a restaurant.  Although there is pressure and very long days (even for a self-prescribed “workaholic”), it helps to have your fiancé by your side baking and your son taking over the dining room.

The community that supports

In addition to the support from Clint and Ashley’s families, Bates finds encouragement in his “regulars” and from the local agencies and small businesses that lend him assistance.  He says the support he got from agencies like the Erie County Health Department, Perkins Township Building Department and Perkins Township Fire Department when opening was invaluable. Starting off is a scary time for an entrepreneur and it was for Bates. With little money, time constraints to meet and unfamiliar regulations to abide by, any assistance is appreciated, and he felt the local agencies truly supported his venture. Bates also worked with many other small businesses such as contractors, electricians and plumbers, all of whom were flexible and wanted nothing but for their fellow small business owner to succeed. Perhaps most rewarding, is the support received from his “regulars.”  Bates loves to take care of people and he is honored to have customers who come in on a regular basis. He and his staff know their names, their families, their allergies and their favorite foods. Bates has always aimed to be just himself and no one else and to bring his own values, beliefs and opinions into his business – this loyal clientele allow him to do that.

The strong group of regular customers at Bates Farm Kitchen is just the beginning of the legacy Clint hopes to leave for his young son, Waylon.  Bates is working towards stability for his business.  The day to day can bring challenges but successes are many.  From turning around a slow day at the restaurant to more significant occasions, like the standing ovation Bates received from a contingent of famous chefs visiting the local Roots Conference from all over the world. 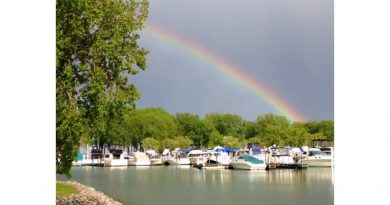 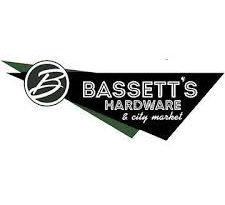